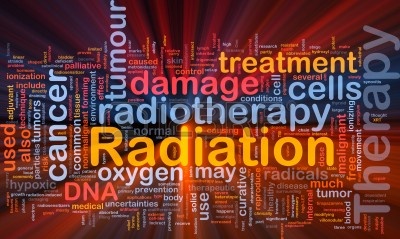 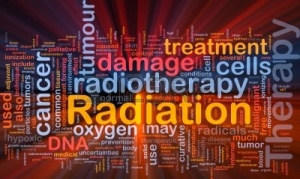 RECAPPING MY STORY TO DATE AS I PREPARE TO START VAGINAL RADIATION THERAPY ONE WEEK FROM TODAY . . .

Note: The blue-green highlighted terms in the text contain links to previous posts.

When I started this blog on November 9, 2013, it was with a warning for all women with abnormal gynecologic symptoms. I started noticing some vaginal bleeding, just spotting actually, around September 1, 2013. This was more a brownish discharge than active, bright-red bleeding. I had a history of developing cervical and endometrial polyps and had had a D&C (dilatation & curettage) for a thickened endometrial lining and also a (benign) polypectomy in 2007. Because of this previous experience, I wasn’t alarmed–but should have been. Any bleeding in a postmenopausal woman is something that should be checked. I waited a few weeks to see whether the bleeding would stop. It didn’t. I didn’t have pain or feel sick; but I noticed that I became fatigued more and more easily (which is still the case as I continue on my road to recovery).

In October, six weeks after the bleeding had started, I had a pelvic ultrasound that showed hyperplasia, a thickened endometrial lining (19 mm) and another polyp. My gynecologist scheduled an outpatient D&C for October 28, 2013. One week later, on November 4, he called to tell me that the pathology report from the D&C showed I had stage 1, grade 2, type 1 (endometrioid) endometrial adenocarcinoma (uterine cancer), which explained the thickened uterine lining. The polyp was, interestingly, benign. He asked me to come in that day, and he discussed the probable treatment course with me and gave me a choice of four doctors–all gynecologic oncologists. Looking back, I can’t believe I was so naive that I didn’t even know this specialty existed or that my gynecologist couldn’t do the needed surgery. I also learned pretty quickly that Hunterdon County, NJ, does not have any of the specialists I would come to need in the near future.

I chose a doctor at Saint Barnabas Medical Center in Livingston, NJ, and made an appointment for that Thursday, November 7. He examined me, reviewed my pathology report, and called my gynecologist while I was in the office. They believed that the somewhat equivocal pathology findings had been caused by cancer cells being pulled down into the cervix during the D&C. To rule out cervical involvement, the surgeon ordered an MRI (magnetic resonance imaging) study, which was done on November 12. I returned to the surgeon’s office on November 13, and he said the MRI report confirmed (about 99%) that I had no cervical involvement, which made me a candidate for primary surgery–total hysterectomy–without doing radiation first. Had cervical cancer been present, he would have ordered five to six weeks of pelvic radiation, five days a week, as the initial treatment and done the surgery afterward.

My surgery was scheduled for four weeks from that visit–Friday, December 13, 2013. I wished it could have been done right away, but the doctor’s schedule was very full, and he said a few weeks wouldn’t make a difference (statistically, anyway). This gave me time to take care of some other medical business, including getting my annual mammogram (normal); colonoscopy (good–just diverticulosis, no sign of tumor or polyp [my father had colon cancer]); EGD (esophago-gastroduodenoscopy–not bad, just confirmation of known gastritis and hiatal hernia); and biopsy of a pink spot in the part line of my scalp (not good–basal cell carcinoma, a common skin cancer that needed surgery, which was done on December 30, 2013).

As I stated in the January 13, 2014 post, I can honestly say that the Mohs micrographical surgical removal of the basal cell carcinoma of my scalp–just a little pink spot that I’d had for at least a couple of years–caused me very much more pain than having my reproductive organs yanked out through six tiny incisions spaced around my abdomen. I told my gynecologic surgeon that I’d have a hysterectomy again any day before I’d have another scalp lesion removed because of the difference in post-op pain. (That difference was due to the nerves in the scalp, which caused a hot-burning pain.) The surgeon just sort of stared at me. But I meant it. A month-plus after the hysterectomy, I am still amazed that I walked out of the hospital the next day without even needing Tylenol for pain. I did have some discomfort–wound soreness and insufflation gas distention–but I was never in the kind of pain that warranted medication.

The final pathology report showed that I had a stage 1B, grade 3, endometrioid-type endometrial adenocarcinoma that had almost completely filled the uterus and also had invaded the uterine muscle layer (myometrium) by about 70%. And the tumor was composed of mostly abnormal cells, rendering it a high grade 3 (the D&C report had shown grade 2). This is considered an aggressive cancer, and although it was of the endometrioid (common) type, the high grade (3), according to the American Cancer Society, makes it a type 2 tumor. This is a little frightening because of the “poorer outlook” than with a grade 1-2, type 1 tumor. Fortunately, the report showed no evidence of spread to any other structures, including the cervix and lymph nodes, and no cancer cells in any of the fluids. But I would need follow-up radiation to prevent any remaining microscopic cells from causing a recurrence either in the vaginal cuff or, if they migrated, elsewhere in the body.

For anyone contemplating hysterectomy, if you have a choice I would definitely recommend laparoscopic over abdominal surgery. Mine happened to be robot assisted, and I can’t comment on whether this makes a difference over the traditional laparoscopic procedure. But the less wound trauma you sustain, the less pain you will have and the faster you will recover. Plus, I got a relatively good outcome considering my diagnosis. I did have two side effects. (1) One incision was infected, but healed on its own with Neosporin and no systemic antibiotic (which I chose not to take). (2) I also started having a watery, yellowish vaginal discharge that turned out to be lymphatic fluid. Apparently, this fluid had accumulated in my peritoneal cavity after surgery, but swelling around the vaginal cuff incision, which was sutured with material that dissolves over a six-month period, prevented it from leaking until one week after surgery. It lasted about two and a half weeks and then stopped on January 7, the day I met with my surgeon and the radiation oncologist. Odd. My surgeon said he has only one patient a year with this problem.

As discussed in the January 10, 2014 post about radiation therapy, although the tumor was confined to the uterus and was completely removed, its features (stage 1B, grade 3, type 2) mean it is considered an “aggressive” cancer, and microscopic cancer cells may remain in the vaginal cuff incision area. The radiation oncologist at St. Barnabas described historical radiation therapy and described clinical studies. However, patients with my exact features were rarely included in these studies, so she used a combination of data and judgment to predict that I was a high-intermediate-risk patient, meaning I had a slightly higher than 15% chance of recurrence in the vagina if I had no further treatment. She further said that radiation treatment would reduce this risk by about half. The therapies she recommended for consideration were (1) five weeks of low-dose-rate (LDR) external (pelvic) beam radiation therapy (EBRT), which is given five days a week for a total of 25 treatments, followed by about a month of high-dose-rate (HDR) internal (vaginal) brachytherapy, which is given once a week for four or five weeks;  or (2) vaginal brachytherapy alone.

Because my tumor was confined to the uterus with no cervical or lymph node involvement, and considering the potential toxic effects of undergoing both pelvic and vaginal radiation with no “guarantee” of a better outcome with combination therapy, I chose to do the HDR vaginal brachytherapy alone. The radiation oncologist agreed with that choice and said she offers the combination therapy to patients who are particularly fearful of recurrence and want that extra “insurance” against this possibility.

I will be undergoing three “fractions” of vaginal brachytherapy starting next Thursday, January 23; the other two treatments are scheduled for February 4 and February 13. After this, I will be followed by my gynecologic oncologist every three months for two years and then on a more relaxed schedule thereafter. Periodic Pap tests will be taken of the upper vaginal area to be sure there is no sign of recurrence. I can expect changes to the vaginal mucosa, such as shrinking and drying (which already occurred post-menopause), and perhaps some nausea after the treatments. In case you were wondering what happens to all that vacated space after the reproductive organs are removed, it is apparently prime real estate–the small bowel drops farther down in the abdomen to fill it up, accounting for the potential nausea after radiation.

With good fortune and proper care, I should be “cured” of uterine cancer by next month. I do recognize that a small possibility remains that those microscopic cells could break free and cause some havoc, but the odds are against them.

As outlined in the November 20, 2013 post on uterine cancer risk factors, if you are postmenopausal and have vaginal bleeding or pelvic pain, please see your gynecologist as soon as possible. If you are still menstruating or are perimenopausal, please be alert to any changes that “just don’t feel right.” Trust your instincts. Don’t wait as I did. I’ll never know whether my delay in getting treatment resulted in advancement of my uterine cancer, but taking prompt action might at least have saved me from radiation and the greater possibility of recurrence. Recall that the pathology report from the D&C on October 28, 2013 showed tumor grade 2; the pathology report from the hysterectomy on December 13, 2013, showed tumor grade 3, a disturbing change.

I must confess that thoughts of mortality are increasing. But just being alive is itself risky, and we are all mortal. As I reflected in my Dickensian “Christmas Ghost” posts, we are all fellow passengers to the grave. And as such, we should cherish our lives and the lives of others with whom we share the journey. I hope to do good as I get well.

I’ll report back on the radiation treatment next week.

2 thoughts on “My Story – Uterine (Endometrial) Cancer: Looking Back & Forging Ahead to Radiation”

Follow The Patient Path on WordPress.com
Join 154 other subscribers

My Story – Skin Cancer of Scalp