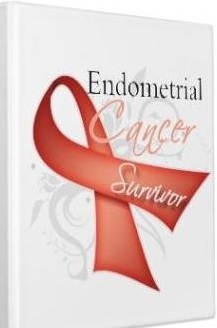 Six months have passed already since my total robotic hysterectomy—and four since my vaginal radiation treatments.

Yesterday, I saw my gynecologic oncologist/surgeon, who took a peek and said I’m well healed with no evidence of recurrence.

I do have some light vaginal discharge and need to wear a pantyliner all the time, so the doctor took a Pap smear while I was there—even though this is an almost useless test in my situation. A recurrence of my endometrial (uterine) cancer would begin underneath the lining of the vagina, where the Pap smear doesn’t reach. So a “negative” result doesn’t necessarily mean nothing is lurking under the surface. At the same time, a “positive” result would likely be false. So the current protocol recommended by the Society of Gynecologic Oncology (SGO) is to do a visual exam only. Any “lumps or bumps” at the time of exam would be biopsied immediately. But I have none. The doctor said my discharge could be from scar tissue post-radiation (brachytherapy), although he saw no granulomatous tissue to point to this as the source of the problem.

However, this discharge “problem” is only a minor inconvenience. Because I’m doing so well, I don’t need to return to see him until December, one year post-op. However, he did advise me to see my regular gynecologist in September, at the nine-month point. This was very good news because initially he said he wanted to see me every three months. My radiation oncologist had also said she wanted to see me every three months—two back-to-back pelvic exams! However, the surgeon had said on my last visit that it wasn’t really necessary to see the radiation doctor because both of them would be looking at the same thing. Besides, this part of the body is his area of expertise, and his technique with the speculum doesn’t hurt—whereas the last pelvic exam by the radiation doctor hurt like h _ _ _.

For more information about my personal story with uterine cancer, which started last November, and also about diagnosing and treating this disease with surgery and radiation, please see the Uterine (Endometrial) Cancer page for links.

And stay tuned for more information about this very important topic.

Follow The Patient Path on WordPress.com
Join 154 other subscribers